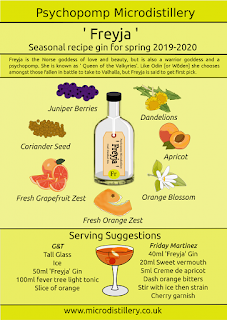 We love collaborating with other local independent producers in a variety of fields and like all other local chocoholics, we are massive fans of Zara’s Chocolates!
We have previously been inspired by her products for ‘Distillers Table-CHOCOLATE’ and love tasting what the talented team create from each of our seasonal recipes throughout the year.

Here Zara lets us behind the scenes on her process in creating the latest Spring Gin Truffle with ‘Freyja’.


Process:
On looking at the botanicals in the 'Freyja', and smelling the aromas, we immediately felt an urge to trial the gin with a frangipan style filling, to pair with the apricot and orange blossom notes. We felt like a lighter, sweeter take for Spring this time with our gin truffle, a change from our stronger boozy, fruity pairings we've done previously.


Grinding up some freshly toasted almonds to make a smooth nut paste, we then paired this with a white chocolate, and some organic orange oil for a sweet frangipan-style …
Post a Comment
Read more

This post is dedicated to the Gimlet. A classic gin cocktail, firm favourite of mine and the inspiration for our 2nd medicinal inspired drink at the recent distillers table session.
Like most origin stories there is always plenty of ‘hear say’ and differing of options, but here are the 3 main stages of the drinks creation as I believe it.
SCURVY
Scurvy is a disease resulting from a deficiency of vitamin C. Initially it presents with fatigue, spots on the skin and bleeding and as it advances, there can be yellow skin, fever and finally death...
It was at one time it was common among sailors and others aboard ships who were at sea longer than fruit and vegetables could be stored (they lived on salted meats and dried grains). It was one of the major limiting factors of marine travel, often killing large numbers of the passengers and crew on long-distance voyages. Between 1500 and 1800, it has been estimated that scurvy killed at least two million sailors!
In 1740, citrus juice (usually …
Post a Comment
Read more 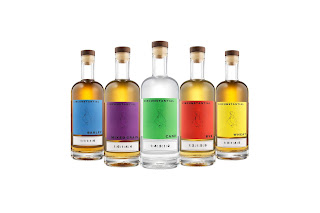 There’s a bit more regarding minimum alcoholic strength, the addition of alcohol and sweeteners but the last bit o…
Post a Comment
Read more 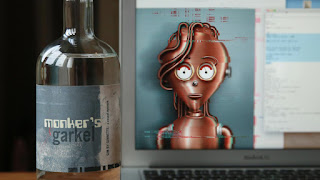 First of all can you explain a little about ‘Artificial intelligence’

Liam:
Artificial intelligence is using computers where human intelligence is normally required. The computer has the ability to acquire knowledge and apply it. AI is still in its infancy. Its not about to take over distilling spirits, let alone the world.

Ginette:
As a general definition, artificial intelligence (AI) refers to machines that can perform tasks that are beyond the human capabilities.
These machines are able to act intelligently and autonomously. These machines have no specific skills or mental capabilities but can learn and interact with the human environment by making connections to what the human has learned. 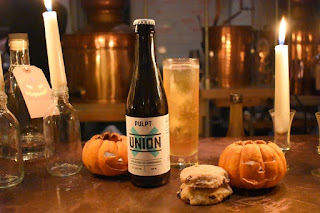 The theme for our latest Distillers Table was ‘Halloween’. Like many other sessions before, we didn’t want to just create drinks using flavours that people expected. So we decided to also look at other death festivals from around the world and serve 3 drinks inspired by 3 different festivals.

We started close to home and the nearest to traditional Halloween flavours. Modern Halloween celebrations as we know it, are a mash up of lots of traditions from around the UK. We took our main inspiration from the Irish festival of ‘Samhain’ and the folk tale of ‘Stingy Jack’.

As the story goes, several centuries ago in Ireland, there lived a drunkard known as "Stingy Jack". Jack was known throughout the land as a deceiver, manipulator and an otherwise dreg of society. On a fateful night, Satan overheard the tale of Jack's evil deeds and silver tongue. Unconvinced (and envious) of the rumours, the devil went to find out for himself whether or not Jack lived up to his v…
Post a Comment
Read more

What a difference a year makes! 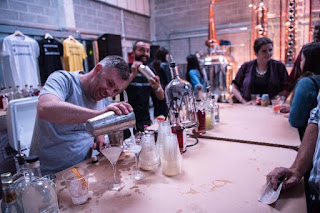 51 weeks ago we opened the doors to Circumstance, to introduce the world
to a little project that had been several years in the making. We had
one hell of a party, over 200 people came to join us, Eatchu served up
some tasty dumplings and Messrs Scott and Keegan knocked out copious
amounts of gin and tonic from the makeshift pallet bar. We launched
C.D.T. (Circumstance Distillery Tokens) and some lucky customers got
their hands on some limited edition playing cards to mark the occasion.

Once we had sorted out the hangovers and cleaned up after the party, it
was time to get Circumstance fully up and running. Over the past year we
have had a whole lot of firsts, fermented our first mash, distilled our
first wash, filled our first casks and launched our first products. It
has been a super steep learning curve and it's been a hell of a lot of
fun! Time has flown by, but we have also managed to achieve a lot in 12
months. As well as releasing Barley, Cane and Mixed Grain we have been
…
2 comments
Read more

The second reason is that open-source projects are based on collaboration.. There is a recognition that the intelligence of the community is greater than that of any individual. Pro…
Post a Comment
Read more
More posts